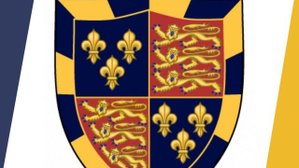 Convincing win for 3rds in opening friendly of the season

On a bakingly hot afternoon, the 3rds won their first outing of the season convincingly, with a good performance in the field backed by excellent batting. In a team including many youngsters, this was a excellent start to our brief season, and an encouragement for next year a beyond.

Earlswood adopted a policy of rotating batters after they had faced thirty balls, which perhaps prevented them building on partnerships, but they were also kept under pressure by an excellent performance in the field. Ways missed a couple of sharp chances, but the groundfielding and chasing in the outfield was excellent, especially given the heat. Our opening bowlers put the pressure on, with the score only 22 after ten overs. Sean Meade bowled well, but the pick was Lucy Hardy, who moving the ball sharply, conceded only one run in her first five overs and took the opening two wickets. Lucy came back at the end to take a third and finish with the outstanding figures of 3-12. Earlswood got their innings going after the openers came off and as Gavin rotated the bowlers, with eight being used. Megan Hancock-Nolan picked up the third wicket, trimming the leg bail as the batter missed an attempted big shot, and Amar Farooq took a caught and bowled from a top edged sweep. Steve Moore, back with us, bowled his eight overs with all the old guile and movement, and kept things tidy in his eight over spell. The score went past 100 with some of Earlswood’s young batters playing bright innings, before Ian Garrett took a slightly flattering 4-11, varying his lengths and scything through the Earlswood lower order, aided by a stumping from Gavin Anderson, taking the ball one handed and sweeping off the bails in the fraction of a second as the batter lifted his foot momentarily (rumours that he threw the wicket down as the batter absent mindedly wandered out of his crease are of course untrue). Some of the returning Earlswood batters then kicked on in the final few overs, but a target of 184 did not seem that demanding if we got off to a good start.

Which we did. Ian hooked and drove boundaries in the first over, and Amar struck boundaries in the third as the Earlswood opener had pace but lacked length, and after three overs, Ways were on 26 and well on the way. The opening pair run hard between the wickets, Ian pulled the short ball powerfully and drove when given the opportunity, and Amar crashed the ball on the up over the close fielders. The fifty was up in the eighth over, and the score was 75 when Amar top-edged an attempted pull and was well caught at mid on. Will Leech joined Ian, who went on to his fifty with another pull shot, and then retired. Will then took charge and produced some exquisite shots, particularly a cover driven six, and many other boundaries on both sides of the wicket, and the scoring rate actually increased. Charlotte Moore gave good support, and after she retired following a knock on the thumb, Anousha Chauhan gave excellent support to Will as he went to his fifty with another powerful blow through mid-on. Will then retired, but Anousha and Amanda Benyon saw us home, Anousha scoring the winning runs with a cover driven four with mote than ten overs to spare.

The innings carried on to the 35 over mark to give more people a chance to have a bat, and Anousha in particular played some more nice shots, and her brother enlivened the final over by attempting to reverse sweep and ramp the bowler. So, an enjoyable afternoon in glorious weather, and a good victory, with particularly good performances from some of the young players that augur well for the future (as long as we can keep them from getting Saturday jobs!). And one final thought – across both teams, there were people from a range of ages, genders, ethnic backgrounds, religions and sexualities. This is one of the things that makes playing cricket great – the way it brings people of such different backgrounds together. Maybe there’s a lesson there for society as a whole.