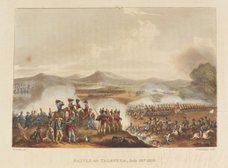 A week of selection problems was capped by a hammering at Worcester, where a combination of a strong bowling attack and wet wicket overwhelmed the 5W batters. The only highlight was a spirited last wicket partnership of 21 between Hannah Murray and Lucy Hardy. Other than that, Ways’ innings crumbled in the face of pace and spin.

The wicket didn’t help – both openers, Tony Potter and Laura Hill, were bowled pulling at short balls that scurried along the ground and hit near the base of the stumps (Laura top scored with 12). At 35-2 from 12, the was the hope of some stability, but the impressive and pacy Fletcher hit the stumps of Ian Garrett, Zoheeb Ahmed and skipper Jon Tovey in quick succession. Sabir powered a boundary back over the bowler’s head, then skied a catch two balls later trying to repeat the shot. Gavin Anderson and Hannah then provided some resistance, until young left arm wrist spinner Lewis Franklin bamboozled the tail in taking a hat trick. Then, Hannah and Lucy produced the best batting of the innings, with Hannah smashing a six over wide long on, before Lucy was bowled by another that kept low.

It took Worcester just thirteen overs to reach their target. There were half chances – Hannah Murray had one opener chipping just over her head and the other putting a ball through Lucy Hardy’s outstretched fingers at square leg, and Sabir induced an outside edge that flicked off the glove of the diving Laura Hill behind the stumps. But on a small ground, the boundaries also came. Lucy Hardy was the pick of the bowlers, and took the solitary wicket, a mistimed drive taken by Sabit at mid on, but this brought Waqas to the crease, who finished the game with a flurry of off-side boundaries.

So – not a great performance. But enlivened by the sound of gunfire from the building next door. Anyone wonder why? It’s because Norton Barracks was the home of the Worcestershire Regiment from 1881 to its amalgamation in 1970. The Regiment won 9 VCs in WW1, and the Worcesters (and their predecessors, the 29th and 36th Regiments of Foot) are commemorated in the street names around the ground, which are the actions on the Worcesters’ battle colours, such as Talavera in the Peninsula (Napoleonic Wars) and Gazala in the Western Desert (WW2). The colours of the Worcesters can be seen in Worcester Cathedral, as can the tomb of King John (he of Magna Carta fame) and the chantry tomb of Prince Arthur, elder brother of Henry VIII and first husband of the ill-fated Katherine of Aragon, and possibly the last ever chantry tomb built in an English Cathedral. Well worth a visit.