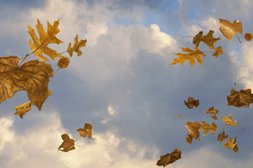 Comfortable win for 2’s despite the weather

Jon Tovey’s rag tag team of old, new, borrowed and blue faced bottom side Stourbridge at a damp and blustery Masshouse on Saturday. A delayed start meant a game reduced to 41 overs per side, and the hosts were happy when their skipper won the toss and made the very sensible decision to bowl first on a pitch that had more than just a tinge of green to it after a week of rain.
Sabir Ahamedzah and Hannah Murray then put a stranglehold on the Stourbridge batsmen from the very beginning of their innings, sticking to a very tight line and length. Murray was first to claim a victim, Chris Colesby adjudged LBW, and clearly unhappy about the decision. Tayyab didn’t last much longer, as Ahamedzah beat him for pace to bowl him. The Ways openers finished their spells with magnificent combined figures of 13-4-24-2, much of which came from Murray’s last over! They were replaced with the dibly dobly filth of Dave Kendall and Iain Wingfield, who kept up the pressure on the batsmen by keeping it tight. It was this pressure that enabled Kendall to pick up 3 cheap wickets, David Colesby, Davenport and Thompson all unable to work out that Kendall simply bowls straight. With runs hard to come by, Stourbridge would have hoped to take advantage when the next bowlers came on, but to their dismay, they were faced with the mystery spin of their dreaded foe from the reverse fixture, Chris Webber. There was no less a mystery at the other end either, as debutant Brad Ayres sent down a mixed bag of bouncers, beamers and unplayable balls to help Webber clean up Stourbridge for 104 in 38 overs.

Laura Hill and Tovey went out to start the reply knowing that they could ease their way into the innings as the required run rate was nothing to overly tax them. They needn’t have worried too much though, as they cantered along nicely, some wayward bowling from Hussain giving the pair an easy boundary shot each over, though Davenport was fairly tight. It was quite a surprise when he was replaced after only 4 overs by the left arm spin of David Colesby. However, the change worked almost immediately, as Tovey attempted to turn a straight ball around the corner, giving the umpire the simplest of decisions when he missed it with his bat, but not his pads. The score kept ticking along nicely, but Colesby wasn’t deterred, and picked up further wickets, bowling Hill and having Craig Heath trapped LBW. On past occasions Ways would have hit the panic button at this point, but they had a form batsman to rely on in the shape of Webber, fresh from a century in his last game. Joining him was another of the Westies' debutants, Sean Meade, and the pair looked completely at ease as they saw the hosts through to a comfortable win inside 30 overs with an unbroken partnership of 44.

A good all round display by the 2’s, with much appreciated help of the new boys from Old Westheathians.