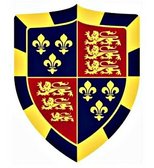 King Edward Sixth School Five Ways was established in 1883 as part of the King Edward VI Foundation. The school's original site was at Five Ways, Ladywood -to the south west of the city centre. A plaque in the middle of the Five Ways traffic island marks the schools location - very occasionally a lost Cricket team can be seen circumnavigating the island looking for our ground!

In 1958, in view of the very limited amount of land available so close to the centre of Birmingham and the need to expand, the school moved to its present 30 acre site in Bartley Green on the south west outskirts of the City.

A decade after the school was established a number of former pupils decided they wanted to continue playing cricket and rugby after their time at school. So in 1892 the old boys of the school began playing fixtures as FWOE. Until very recently it was understood that the Club played just Rugby in its early years but we now know both games were played from the early 1890's. Both Cricket and Rugby initially used the School's playing fields at Portland Road, Edgbaston but in 1934 we moved to Masshouse Lane, Kings Norton and then in 1977 to the current ground in Ash Lane, Hopwood, within the boundaries of Worcestershire. "Masshouse" was born!

With the exception of two breaks 1915 - 1918 and 1940 - 1946 due to World War hostilities the Cricket Club has provide continuous opportunities for playing and enjoying cricket , initially for Old Boys but since the early 1960 as a completely "open club"

In the late 1970's the cricket club developed a junior section which has gone from strength to strength and from the late 1990's a girls and then an increasingly successful women's cricket section have been developed.

Five Ways Old Edwardians has traditionally been known as a Club where the enjoyment of playing the game was as important as winning matches. The club continued playing friendly fixtures on Saturday and Sunday in both Warwickshire and Worcestershire until the mid 1970's when the emergence of organised league cricket made this impractical.

We played in a number of leagues during the late 1970's and 80's- winning the James Travel League in 1982 and for a number of years we moved up and down in the Midland Combined Counties League, as well as having a long association with the Arden Sunday League. In 1997 the Warwickshire based leagues joined together to form the newly formed Warwickshire Cricket League. We celebrated promotion and accepted relegation in equal measure over the years while maintaining our friendly reputation in and around the middle of the Warwickshire league pyramid.

As we moved into the 21st Century the requirement to not only provide a safe environment for all our members -particularly juniors -to play cricket but to provide evidence we had the processes in place to safeguard both members and Officers became more and more important. In 2005 we were awarded ECB "Clubmark status by the Worcestershire Cricket Board and in 2007 we were nominated as one of the county's Focus Clubs in recognition of the range of cricket opportunities we offer to all adults and juniors and our future development potential in the North East District of the county.

Although the clubhouse was completely destroyed by fire in June 2006, thanks to hastily arranged temporary facilities we managed to honour all our fixtures for the season. We were without the clubhouse for the whole of the 2007 season and were delighted to be back to normal with a brand new and much improved clubhouse at the start of the 2008 season. 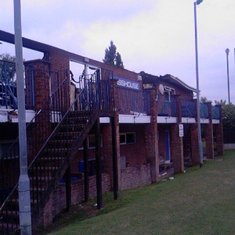 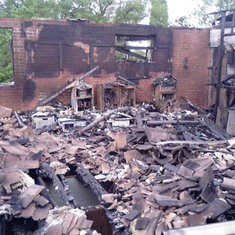 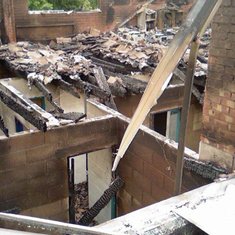 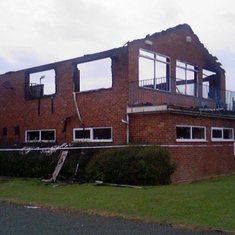 During the winter of 2013, the club decided that due to a dwindling membership, and with ever further distances to travel in the Warwickshire League, we would apply to join the Worcestershire County League for the upcoming 2014 season, our location in the county also giving us an opportunity to expand our recruiting policy. Happily accepted, we have been part of the league ever since, with both the 1st and 2nd teams gaining promotion since our inaugural season.

Any history of Five Ways Old Edwardians Cricket Club, no matter how brief, would not be complete without mention of the invaluable contribution by its stalwart players, Captains and Officers over more than a century. Too many to mention, some sadly lost in the mists of time, but all crucial in developing the cricket club we have today and the successes we hope tomorrow will bring.